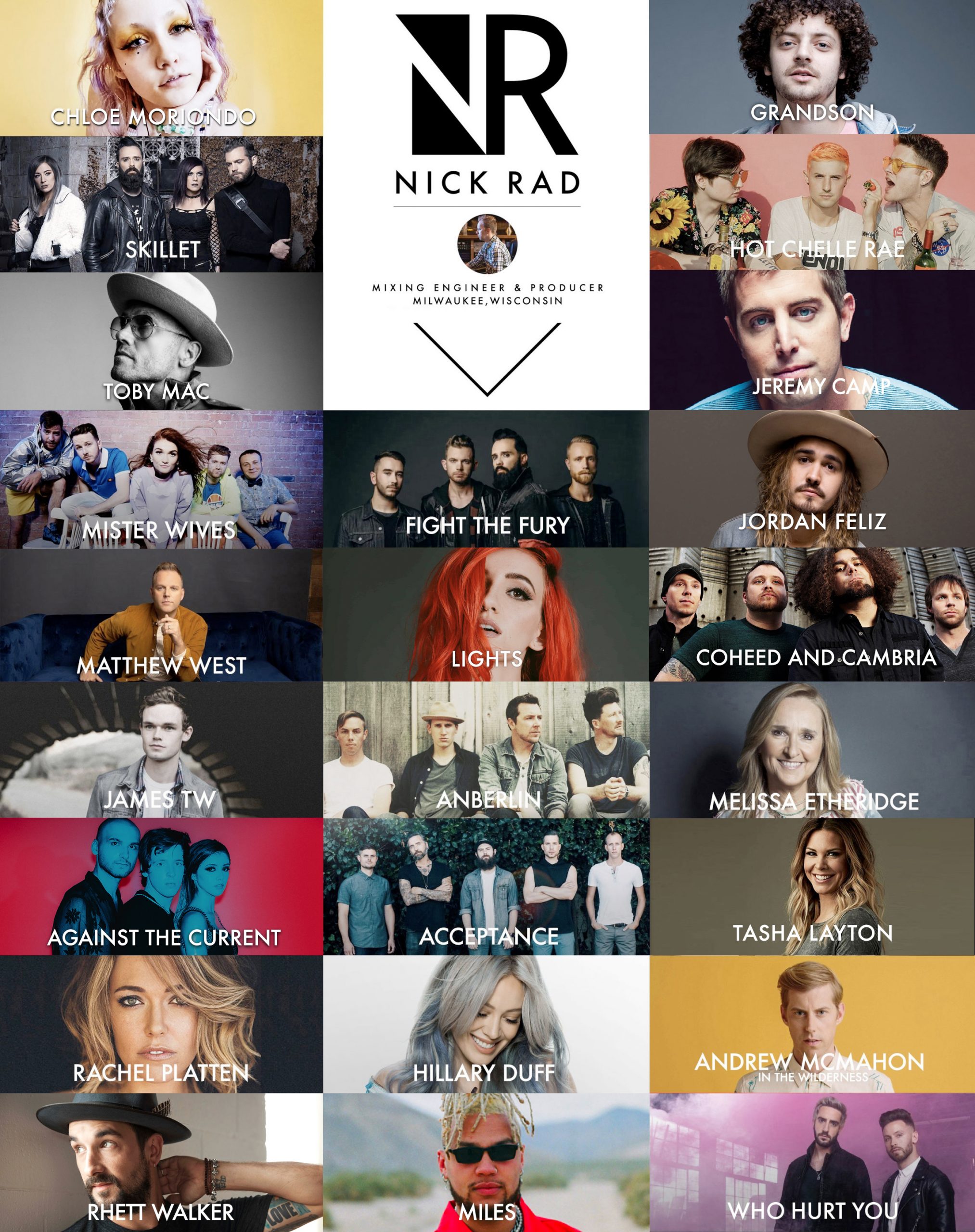 Andrew McMahon in the Wilderness

by COHEED AND CAMBRIA

by LION AND BEAR

by AGAINST THE CURRENT

THAT WON'T SAVE US

by AGAINST THE CURRENT

I WANT TO BE WITH YOU

by WHO HURT YOU

THE ME YOU MADE

COMING UP FOR AIR

CECILIA AND THE SATELLITE (LIVE)

by ANDREW MCMAHON IN THE WILDERNESS

I WON'T BE ALONE TONIGHT

Nick Rad is a highly sought after mixing engineer who has worked with major artists such as Rachel Platten, Andrew McMahon in the Wilderness, Hilary Duff, Nick Fradiani, MAX, Anberlin, and Skillet. Nick began his musical career in the late 90s as a signed and touring musician in the punk rock band Hangnail (Tooth and Nail Records). He later switched gears to take over drums in the pop-rock band Acceptance (Columbia Records). While making records and touring for 7 years, his love of recording and production became his passion, which led him to where he is today. With a tasteful production sense, a highly tuned ear, and a strong midwestern work ethic, Nick is delivering mixes that have made him a staple in the professional mixing scene.